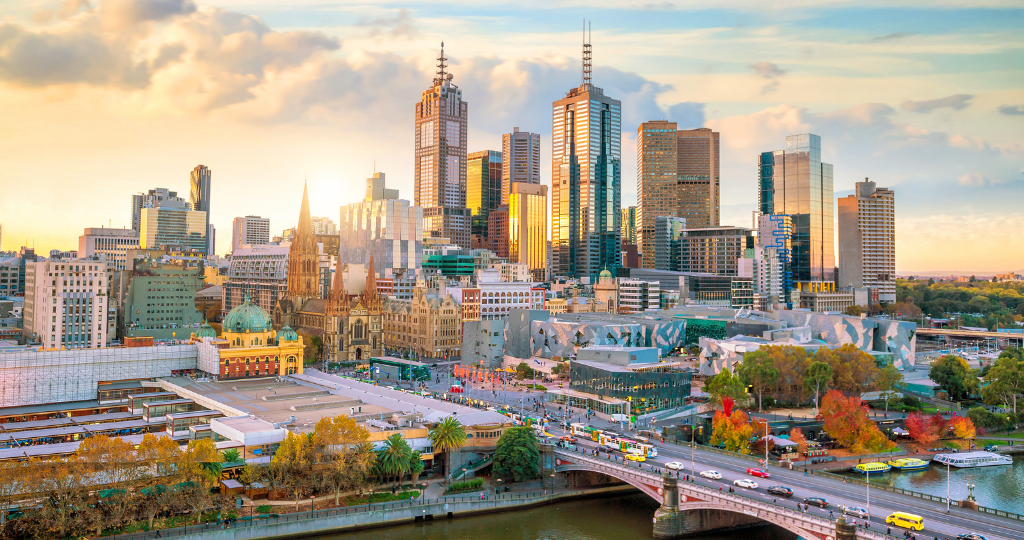 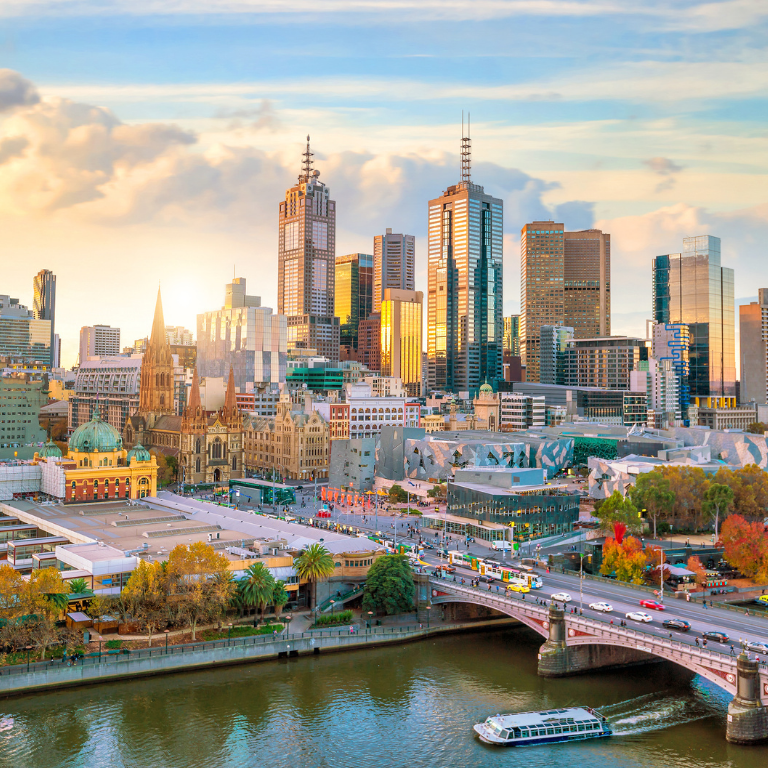 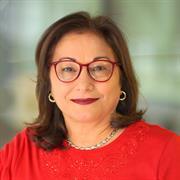 User involvement in software development has been the subject of a plethora of research for over four decades and it is considered to play a pivotal role in user satisfaction thus leading to a successful outcome. Although much of the research on User Involvement (UI) in software development has revealed a positive contribution to system success, this participation is considered as a double-edged sword that can equally create problems rather than just benefits. Much of the empirical evidence to date shows that this connection between UI and system success is not ubiquitous in the development of all digital transformations and across different domains, environments and platforms.

Software supported business process improvement is not just about technology but also about the people whose jobs and lives are to be transformed. The most important part of this transformation is a major change in processes and human behaviours. Even though products and services are changed into commodities, ultimately humans are the most critical asset because they could be both the makers and breakers of change brought about by the business process improvement. This depends largely on how well they have been informed, involved and travelled in the journey for transformation.

Since 2012, I have led empirical longitudinal studies of UI in software projects to explore: “what are the problems and challenges of UI?”, “how does users’ satisfaction with their involvement evolve?”, and “what useful theories could be developed to explain the link between UI and system success?”. We have explored the alignment of stakeholder expectations about UI in agile software development and studied UI in the context of organizational power and politics. In this keynote, I will present the results of this body of work and sketch a research agenda for the future of users’ involvement in contemporary software-supported business process improvement.

Biography: Dr Didar Zowghi is a Professor of Software Engineering and the Deputy Dean of Graduate Research School at the University of Technology Sydney (UTS). Previously she was Director of the research centre for Human-Centred Technology Design, Director of Women in Engineering and Information Technology, and Associate Dean Research at UTS. Before academia, she worked in the software industry in the UK and Australia as a software engineer, systems analyst, and project manager.

Professor Zowghi has served the program committee of many conferences including the IEEE International Conference on Requirements Engineering (1998 to 2021), was its General Chair (2010), Program Chair (2015), and Steering Committee Chair (2016-2018). She is Associate Editor of IEEE Software and Requirements Engineering Journal. She has published over 200 research articles in prestigious conferences and journals, as well as books and book chapters. She has co-authored publications with over 90 different researchers from 30+ countries. 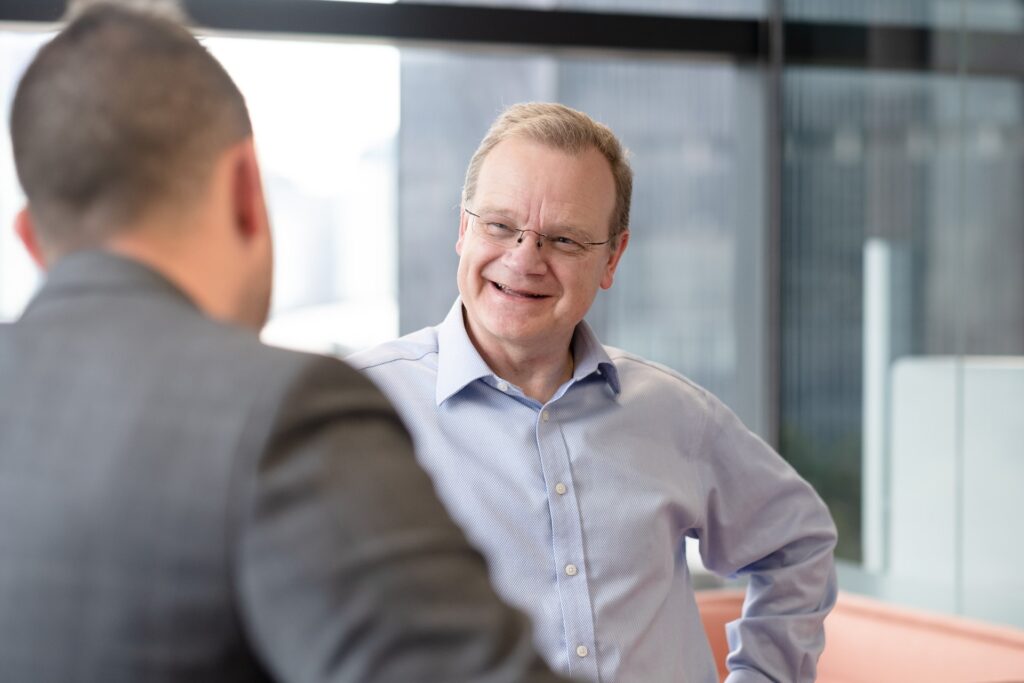 The aim of this experience report is to highlight the challenges and benefits of implementing enterprise-wide frameworks and models in large, mature service organisations – banks. Large, mature banks are complex organisations with tens of thousands of employees, millions of customers, processing millions of transactions per day involving hundreds of applications and many ecosystem partners and intermediaries – all of which is heavily regulated with frequent changes. As early adopters of technology, they are frequently subject to the constraints of legacy technologies and processes, Continuous product enhancement, ever-changing rules and regulations, frequent customisation, littered with manual workarounds have left a patchwork quilt of process fragments and seemingly endless process variants.

The author has held multiple senior roles in two of Australia’s major banks and interacted regularly with peers in banks around the world. Over a 15 year period he has been tasked, both directly and indirectly with lifting operational capability. The presentation will outline some of the strategies, frameworks, models and techniques applied and a discussion of their relative merits. In particular, the talk will focus on process classification frameworks, process simulation tools, process modeling tools, robotics, AI/Ml and “digital twins”.

The lessons learned touch on a range of practical issues captured under the enterprise, business, process & capability modeling topic, including:

Biography: Originally from Leeds in the United Kingdom, Nigel has spent the last 25 years living in Melbourne, Australia, with his wife, two children and a German Shepherd.

Nigel’s career path started in management consulting, where he worked across a wide range of functions and industries from sales to finance, and from the public sector to automotive manufacturing. He subsequently transitioned to financial services operations. He has held senior executive roles at two of the big four banks in Australia for over 14 years; both in the line, running payments operations, and in support roles running operational excellence programs. He is known for challenging received wisdom and for being an industry thought leader in operational excellence. Nigel is currently a PhD student. His research is focussed on applying process mining techniques to improve business process compliance in financial services.

Designing Intelligent Systems: The Role of Affordances and Trust 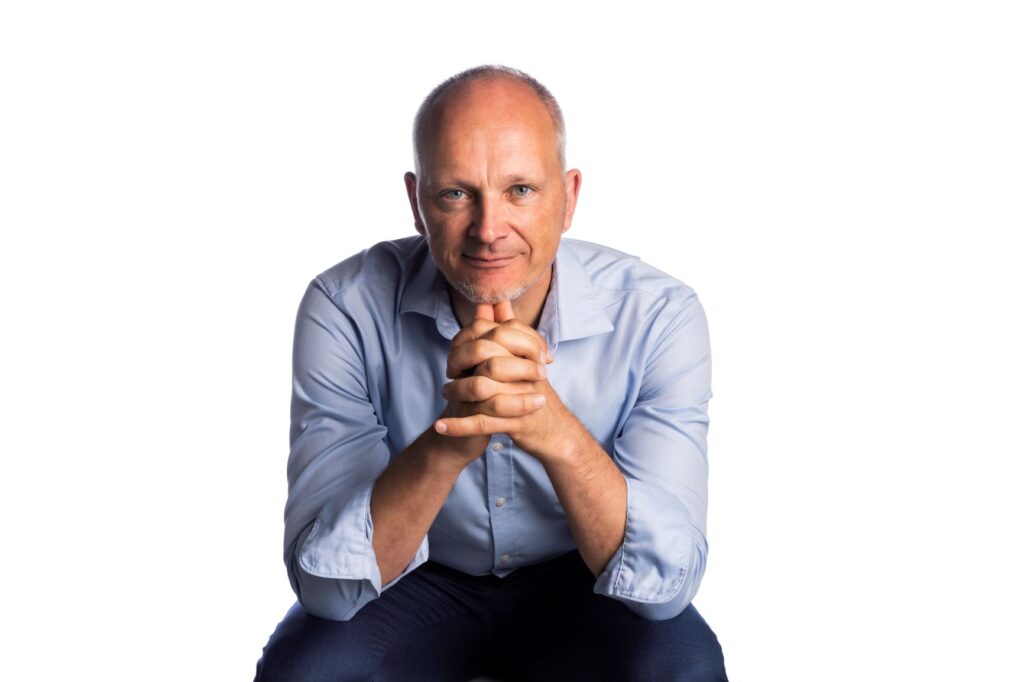 In a world in which the capabilites of systems grow faster than our ability to comprehend these, we need revised approaches for the design of such increasingly intelligent systems. No longer is a requirements-driven approach the only paradigm. Instead, the affordances of systems provide a rich design space that needs to be explored. Such an affordances-driven approach, however, is still in its infancy. The incomprehensibly of systems also leads to new challenges for system use. Though trust is now a key factor determining the user acceptance of systems, we are still at the beginning of a trusted-by-design discipline. Thus, we need to invest our research efforts into deriving a better understanding of the role and the integration of affordances and trust in contemporary system design.

Biography: Dr Michael Rosemann is the Director of QUT’s Centre for Future Enterprise and a Professor for Innovation Systems at Queensland University of Technology’s Business School. His areas of interest are the management of innovation, business processes and trust. Dr Rosemann is the author/editor of eight books, more than 350 refereed papers (published in journals such as MIS Quarterly, European Journal of Information Systems, JSIS, JAIS), editorial board member of ten international journals and co-inventor of US patents. His books have been translated into Russian, Mandarin, German and Portuguese. He is also the Vice President, Strategic Partnerships, of the global Association of Information Systems.

As the former Head of QUT’s Information Systems School he established the Woolworths Chair in Retail Innovation, the Brisbane Airport Chair in Airport Innovation and the PwC Chair in Digital Economy. His research projects received funding from industry partners such as Accenture, Cisco, Infosys, PwC, Rio Tinto and SAP. He is also the Honorary Consul of the Federal Republic of Germany in Southern Queensland. 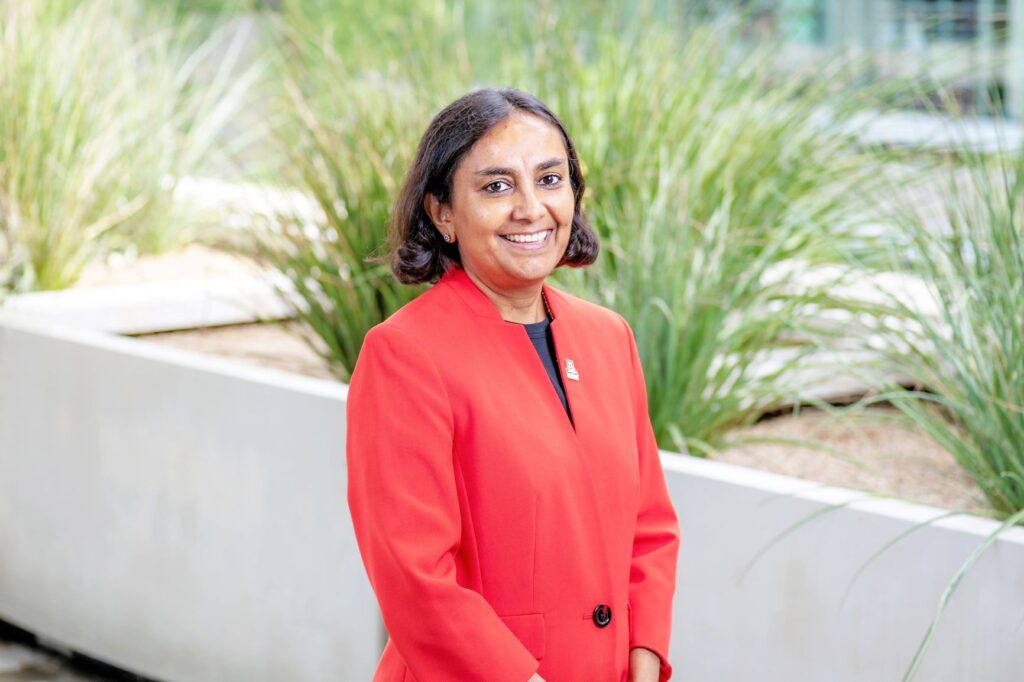 The phenomenal growth of social media, mobile  applications, sensor-based technologies and the Internet of Things is generating a flood of “Big Data” and disrupting our world in many ways. Simultaneously, we are seeing many interesting developments in machine learning and Artificial Intelligence (AI) technologies. In this keynote I will examine the paradigm shift caused by recent developments in AI and Big Data and ways to harness their power to address grand challenges facing our society. Using examples from health care, smart cities, education, and businesses in general, this talk will highlight challenges and research opportunities to address problems that have social implications.

Biography: Sudha Ram is Anheuser-Busch Endowed Professor of MIS, Entrepreneurship & Innovation in the Eller College of Management at the University of Arizona.  She has joint faculty appointments as Professor of Computer Science, member of BIO5 Institute, and Institute for Environment.  She is the director of  the INSITE: Center for Business Intelligence and Analytics at the University of Arizona.  Dr. Ram received a Ph.D.  from the University of Illinois at Urbana-Champaign in 1985 and a PGDM from IIM Calcutta in 1981.  Her research is in the areas of  Big Data Analytics, Business Intelligence, and Large Scale Network Science. She is internationally acclaimed for her research  that develops and  uses different methods such as machine learning, statistical approaches, ontologies and conceptual modeling. Dr. Ram has published more than 250 research  articles in refereed journals, conferences and book chapters.

She has received more than $70 million in research funding from both corporate sources and government agencies including organizations such as, IBM, Intel Corporation, SAP, Ford, Raytheon Missile Systems, US ARMY, NIST, National Science Foundation, NASA, and Office of Research and Development of the CIA. Dr. Ram served as the senior editor for Information Systems Research, and is currently  a senior editor of Journal of AIS and on the editorial board for many leading Information Systems journals. She was a co-editor in chief of the Journal on Data Semantics and is currently a founding editor for Journal of Business Analytics. Dr. Ram has published articles in  many of the top journals in the MIS and Management disciplines, including such Communications of the ACM, IEEE Transactions on Knowledge and Data Engineering, Information Systems, Information Systems Research, Management Science, MIS Quarterly, and Journal of MIS.

She is an AIS fellow and a recipient of several IBM faculty Development Awards, Accenture Professor of the Year Award,  and UA Leading Edge Innovator in Research Award as well as awards for Graduate and Professional Student Mentoring from the University of Arizona. Her research has been highlighted in several media outlets including UANEWS,  Arizona Alumni Magazine, International Journalism Festival,  NPR news, and New York Times. She was a  speaker for a TEDx talk in December 2013 on “Creating a Smarter World with Big Data”. For more information please  visit her at The University of Arizona or the INSITE research center. 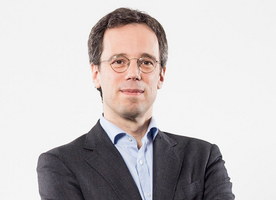 A significant obstacle when developing and deploying data science solutions is the poor state of data: files will not load, schemata are outdated, data are ill-formatted, incorrect, or simply missing. Data stewards, data scientists and developers spend too much time finding, wrangling, and cleaning their training and test data. Only recently has our community begun to recognize such shortcomings as a research (and tooling) opportunity. In the talk, we will examine data quality problems through all stages of the data science pipeline – from the mundane, such as unexpected field delimiters, to the complex, such as violations of data dependencies. We will explore methods to discover and repair such problems and point to the still many open research challenges in the field of data quality and data preparation.

Felix Naumann studied mathematics, economy, and computer sciences at the University of Technology in Berlin. After receiving his diploma (MA) in 1997 he completed his PhD thesis in the area of data quality at Humboldt University of Berlin in 2000. In 2001 and 2002 he worked at the IBM Almaden Research Center on data integration topics. From 2003 – 2006 he was assistant professor for information integration, again at the Humboldt-University of Berlin. Since 2006 he holds the chair for Information Systems at the Hasso Plattner Institute (HPI) at the University of Potsdam in Germany. He has been visiting researcher at QCRI, AT&T Research, IBM Research, and SAP. His research interests include data profiling, data cleansing, and data integration with over 200 scientific publications. Next to numerous PC memberships for international conferences, he has organized several conferences in various roles, including VLDB 2021 as PC co-chair, and he is trustee of the VLDB Endowment. More details are at https://hpi.de/naumann/people/felix-naumann.html.